The Inaugural Ironman in New Zealand

It is some kind of physical/mental/emotional obstacle – most likely all three – unpleasantly arrives. Getting through Part 2 is an impromptu challenge impossible to simulate, resulting in an unrivalled lesson of self-education, where the clock doesn’t matter.

Running after cycling has never been a problem for me. I’ve always seen it as a good warm-up. In most brick sessions I have to consciously slow down in the first 2km or so in order to settle into race pace.

Cramp has been a problem for me when running – three of my attempts at racing half marathons have been cut short by severe leg cramp. But that was before I consciously started running with a more midfoot stride. Since then, no cramp issues. And, perhaps adding to the argument that cycling is a good warm-up, I’ve never cramped during a triathlon run, so it came as a shock when, 200m from leaving transition, I made the first left turn and TWANG!! – There goes my left inner quad and groin. Uh-oh.

I stop immediately, and before I have a chance to get to the wall, the woman behind me makes the same turn and immediately pulls up with her calf looking like someone put an apple in it.

She just happened to be Melissa Hauschildt, one of the favorites for the elite women [on her second lap].

Both of us stop on the wall in agony – in the few steps it took me, both of my calves had decided to join the cramp party. I start with the calves, then, when I try to stretch the quad, my left hamstring goes as well. This is when I start realizing it’s over. I’ve struggled through about 5km with cramp in those half marathons, but those were some of the most painful moments of my life. The thought of running an entire half marathon with absolutely every leg muscle bar my IT band and gluteus cramping was just not something worth considering. The transition area and trained masseuses was just a short walk away.

As I try and figure out how exactly to massage/stretch all these cramps, I hear a “good luck mate” from Melissa, who starts running before pulling up and stretching again 100 m down the course. That was the first sign that I was going to do this – travel more than a half-marathon (the organizers would later admit the run course was over 1km too long) by foot with absolutely useless leg muscles. Let the mental/physical/emotional war begin. If a professional, who could easily call it quits and just race next week, is going to try, then so am I. And the thought of all the sacrifices with family/friends/work over the past 6 months entered the argument, as did the likelihood that I’ll never again try this distance and the desire to win every personal battle. I hate giving up on myself. So Race 2 – just finish – began suddenly. It’s now those running daemons vs. 22 km of familiar Auckland waterfront pavements.

After about 5 minutes and a few attempts at running, I catch back up to Melissa and make a goal to keep up with (or pass) her. Some more stops and I find a way to run with my IT band and shins and hamstrings that would hold up for about 800 m or so before I’d need another stretch/massage. That took care of goal 1 [Note: Melissa eventually did withdraw from the race].

As I entered central Auckland, the crowds were huge, and I quickly heard plenty of support, thanks to the fact that my race number had “JEREMY” printed in large lettering. I even tried to thank everyone who supported me. 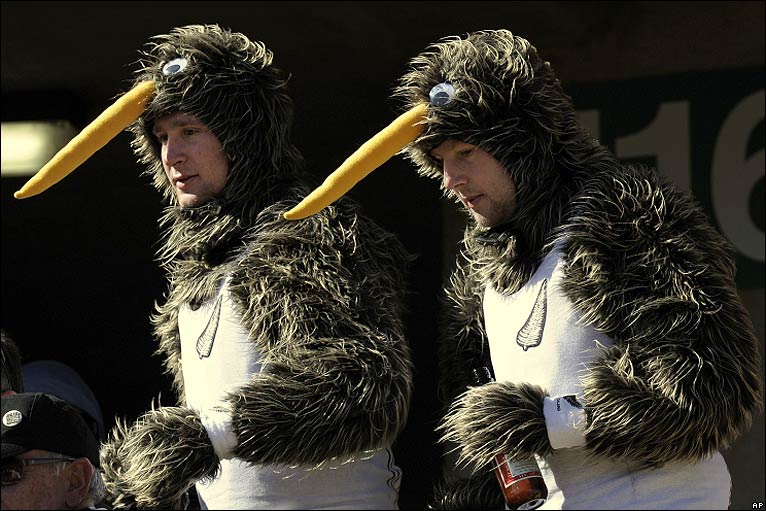 While I was in a really dark place mentally, it was extremely helpful to have some outside voices that were cheerful. When everything is going according to plan and I’m in the middle of the pack, I’m just in my zone and probably wouldn’t listen to these cheers.

But for those with “I want to finish” stamped in their brain, I’ve learned that it matters a lot. So I’ll be sure and stay around to support the tail-enders of future triathlons if possible. 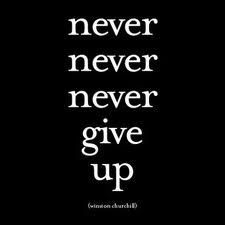 At each water/food station I tried something new in the hope that there was a miracle cure for cramp sitting there. Alas no. Even the Hammer Endurolytes in my nutrition plan from the start of the race weren’t any help. But the hope that these cramps would subside and I’d only have 10km or 5km to go at full pace kept me going, even though my past experience with leg cramp much less severe than these means I knew this hope was 100% fiction. And while my cardiovascular fitness was fine, my emotions really went crazy, with plenty more intra-cranial battles of quit vs. continue. These started to emerge physically via hyperventilation. So each stop was stretch, massage, and breathe deeply.

As I neared the finish, I could no longer go 800m without stopping, and was lucky if I could manage 200m. But soon I heard, “Not far to go Jeremy” from the numerous supporters and knew I was going to make it. 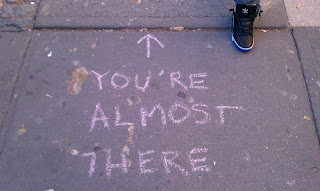 With about 1km to go, I’ve never been in so much pain, yet so full of excitement. In order to know what I mean here, get on the starting line for a race that’s well beyond your current perceived limits.

Crossing the finish was incredible – winning Race 2 was probably more satisfying than had I finished 45 minutes earlier as planned in Race 1. At least it is now as I write this a day later, with plenty of soreness to remind me of the trial. But who knows what I’ll think in a month or year, when all that survives are this tale, the results, photos, and finishing medal. For once the soreness subsides, I’ll start the post-mortem trying to find out why I cramped. Poor bike fit? Rain disguising how hot/humid it was? Which led to dehydration? The poor “night” of sleep after returning from Melbourne? Developing a nutrition plan while training in a much different climate to race day? Or, as Becca helpfully suggested, something in Auckland’s water? [Note: All past cramping incidents have happened in Auckland, never in the US or elsewhere in NZ] All of the above? Perhaps that may put me on the starting line of another one of these, or convince me that an Olympic distance is far enough, since this really is about having fun.

And just in case, I have not deleted the post-race e-mail apologizing for the long run (and swim) and with the reminder that registration for 2014 opens up on February 11th. 😉

So check out Tri Geek Data ! (because you really want to know and this is cool stuff): https://www.polarpersonaltrainer.com/shared/exercise.ftl?shareTag=6a5efcaa154bb127b80541664a29d842